Hamilton, VA – Governor Terry McAuliffe has signed House Bill 168, a bill passed by large bipartisan majorities in the House and Senate, which will protect Virginia’s students as they board and exit school buses.

The current law, passed in 2011, authorizes localities to utilize cameras on school buses to enforce the law. However, it does not specifically state that citations could be mailed, thus they must be served in person by a law enforcement officer. LaRock’s legislation refines the law to allow police departments to mail summonses to the owners of vehicles caught on camera illegally passing stopped school buses. More background information on the need for this legislation is available here.

LaRock added, “I am grateful that this important bill is becoming law. My legislation this session had a distinct focus on protecting our children and enhancing their chances of education success. There is still much work to be done. Five of my bills focused on helping children have yet to become law. I will continue to fight in coming years for passage of my legislation to provide Education Savings Accounts, to reduce Virginia’s first-in-the-nation school-to-courts-referral rate, to prevent Common Core implementation, and to protect the personal privacy of students in our schools.”

Delegate LaRock introduced this legislation at the request of the Frederick County Public Schools. 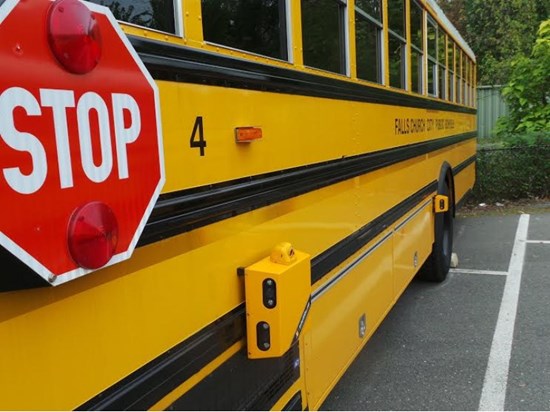