Delegate LaRock stated, “I appreciate the hard-working folks who get the job done clearing our streets and providing vital services even in times of crisis. We all know that our local government and emergency services budgets are strapped for funds, and a huge weather event or other disaster can cause serious fiscal impacts. I’m pleased that the state worked hard to expedite the distribution of this funding. Thanks to Mayor Fraser and Town of Purcellville staff for their work securing funds to cover these unexpected costs.”

State Coordinator of Emergency Management Jeffrey D. Stern, Ph.D., commended “the hard work and dedication” of Purcellville and Loudoun County staff, saying their “…extensive documentation of all the steps of this process allowed VDEM to partner with and move the initial claims to final distribution.” Loudoun County Public Schools will also receive nearly $290,000 in disaster grant funds. Grant awards to Loudoun County are still pending.


About Dave LaRock
Delegate Dave LaRock represents the 33rd House District, including parts of Loudoun, Clarke and Frederick Counties, and the towns of Leesburg (partial), Purcellville, Berryville, Lovettsville, Round Hill, Hamilton and Hillsboro. LaRock serves on the Transportation Committee, the Science and Technology Committee and the Education Committee. Dave and his wife, Joanne, have lived in Loudoun for 30 years, building a successful family-owned general contracting business. The LaRocks reside near Hamilton with Laura, Abby and John, the youngest of their seven children. 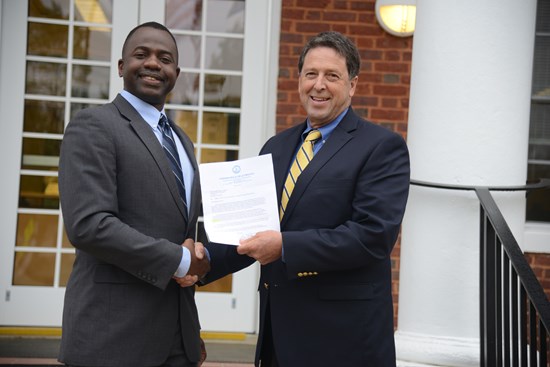