Standing against a tsunami of recent federal and state judicial decisions undermining traditional marriage, a state judge in Tennessee has ruled that his state's marriage protection amendment promoting "family continuity and stability is certainly [in pursuit of] a legitimate state interest." 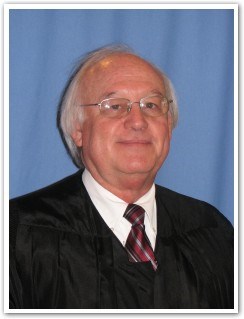 That decision, issued by Roane County Circuit Judge Russell Simmons, comes as a breath of fresh air to constitutional conservatives and Christians alike.

Judge Simmons asserts what was believed by almost all until recently --- that marriage is an issue that was left to the states, and "neither the Federal Government nor another state should be allowed to dictate to Tennessee what has traditionally been a state's responsibility." I agree, voters and state legislators, not judges, should decide who is allowed to marry.

Closer to home, in its decision striking down Virginia’s Marriage Amendment, the Fourth Circuit erroneously elevated its opinion over the collective judgment of the people of Virginia who adopted the Marriage Amendment to the Virginia Constitution.  The jurisdictional authority of a state to define marriage within our Commonwealth was usurped when two members of a three judge panel issued an order overruling the collective judgment of millions of voters in an act of raw, political will.  Dissenting Judge Niemeyer decried the court’s actions, stating that “there is no fundamental right to same-sex marriage and there are rational reasons for not recognizing it….”

In striking down Virginia’s Marriage Amendment, the Fourth Circuit simultaneously fabricated a new meaning for the Constitution’s Fourteenth Amendment, while disregarding the mandates of the Declaration of Independence, the pillar and foundation of the American Republic.

The Fourth Circuit never even tried to claim that its decision was supported by the text, context, or ratification history of the Fourteenth Amendment, which, as Justice William O. Douglas explained concisely, “was passed to give blacks first-class citizenship”.  No one believes that the Fourteenth Amendment was passed to prohibit the states from defining marriage as between a man and a woman.  The Fourth Circuit majority could only support its opinion with prior Supreme Court decisions discussing so-called “fundamental rights” – a term which does not appear in the Constitution, and therefore is capable of any meaning clever lawyers choose to give it – as the Fourth Circuit demonstrated.

With no federal constitutional bar to traditional marriage, the citizens of each state remain entitled to write a constitution to govern themselves, as the Supreme Court has previously agreed.  In 1803, in Marbury v. Madison, the Court recognized the right of the people “to establish, for their future government, such principles as, in their opinion, shall most conduce to their own happiness…” In Virginia and in many other states voters have decided that the public good is best served by adhering to the one man-one woman definition of marriage. It is their right to decide this question and to have that decision respected by legislators and courts. 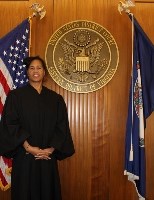 Do judges know better than voters? Consider U.S. District Judge Arenda L. Wright Allen, the judge who ruled that the Virginia Marriage Amendment was unconstitutional.  Her opinion exposed her lack of knowledge of the most basic fundamentals of American government when stating on its first page: "Our Constitution declares that 'all men' are created equal. Surely this means all of us." Later, Judge Wright Allen issued an embarrassing correction, attributing these words to “Our Declaration of Independence.”  Judge Allen swore an oath to defend the U.S. Constitution, but apparently is not all that familiar with its content.

The Declaration of Independence is our nation’s charter --- the foundational document establishing the premises on which our Constitution rests.  It sets out the fundamental truths that undergird the American nation:  all men are created free and equal and possess the same inherent, natural rights. Legitimate governments must therefore be based on the consent of the governed and must exist “to secure these rights.” These rights don’t arise from a judicial decision, for as the Declaration recognizes, these rights are the gift of our Creator.  For judges to override our Creator’s definition of marriage set out in the Word of God is, as one Virginia constitutional lawyer recently described, “a usurpation of Biblical proportions.”

Voters and legislators in Virginia correctly defined marriage. The people of Virginia ought to be very disturbed at judges usurping that decision and the authority of “the Creator” to define the institution of marriage that He fashioned for mankind’s protection and benefit.