Funding Children Instead of School Buildings 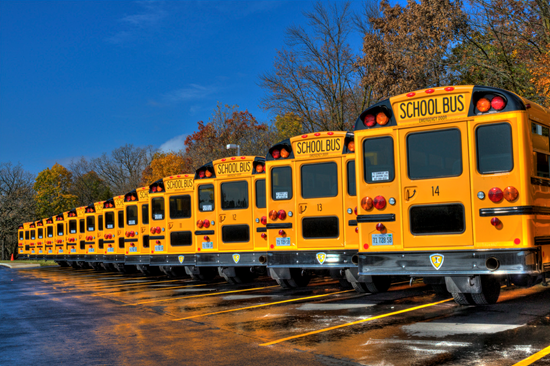 The Loudoun County School Board made a splash last week when they announced they are considering the idea of charging students for bus rides. By all accounts that plan is still very much in the conceptual state, but it has certainly caught the attention of local families. If you have comments or questions about this concept, I want to hear from you.

Why are people so quick to react to this idea?

There’s an underlying issue that this idea brings to light that deals with the mechanics
of education in our Commonwealth – and in the nation as a whole. Parents whose children are in the public school system are subject to choices made by public school administrators that parents disagree with. This relationship can often make parents feel trapped.

Public schools may be doing a good job overall, but for some parents and children, it may not be the preferred alternative. However, as long as Virginia dollars only support the public-school approach to K-12 education, many parents are left with no options and promising alternatives are left off the table.

Parents like choices when it comes to raising and teaching their kids and deciding how their tax dollars are taken and spent. I know that to be a fact, because the parents of our district have overwhelmingly told me so.

Here is a thought to consider

“Assumption of responsibility by government for public education does not require that education be delivered in public-run institutions,… education will be most effective if it relies on parental choice and private initiative-the building blocks of success throughout our society.”

Those are the words of the late Nobel Prize-winning economist, Milton Friedman.

And keep in mind, comparatively speaking, 33rd District parents have it pretty good. The public schools we have are decent overall, and for the most part represent a pretty viable option for parents. Low-income families or those living in poorer parts of the state feel the effects of the public school monopoly even more.

An ideal education system is one where a parent can put their child in the school that suits the needs of the family – and if the school takes a turn for the worse, or if better options arise, parents can opt for greener pastures. Thinking outside the box may be what it takes to break the decades-old pattern of chasing improvement with more spending, an approach that has a dismal record. Put in simple terms, an approach that is gaining acceptance nationwide focuses on funding children instead of school buildings, (and buses) by allowing funds to follow the child to the education provider of their choice. Such control over education funding ensures families have access to options that meet their children’s unique learning needs.

“Most American poor children still go to schools in states with weak transparency systems that use fuzzy labels to obscure academic failure. Most low-income students have little to no meaningful choice over what schools they attend.” – Watchdog Wire

In addition to the direct benefit of giving the child the best educational experience possible, parental choice also means that public schools will become more responsive to the parents that stay with the public school system. After all, if parents can take their business elsewhere, schools will have no choice but to be on their best behavior. This isn’t theoretical – researchers in Florida found improvement really happens as a result of school choice, and that “this improvement occurs before any students have actually used a scholarship to switch schools. In other words, it occurs from the threat of competition alone.” – Education Next

If Loudoun County’s school board – or any other school board, for that matter – wants to charge fees for busing students, that’s something parents should think about seriously (again, if you have questions or concerns about that issue or any other, don’t hesitate to give me a call). But parents should also demand more than just a vote one way or another on busing fees. They should demand real choices for their kids.