Call it what it is

You can leave your comments on this OpEd here: http://thebullelephant.com/call-it-what-it-is/

When Cecile Richards, the president of America’s biggest abortion business, commented on a bill to ban painful late-term abortions on viable unborn children after 20 weeks gestation, she said it “lacks compassion and respect.” The irony of that comment is unbelievable.
Abortion is not as easy to talk about as transportation, jobs or the economy, but that’s no excuse to turn our backs on unborn babies.

In the 2015 session, I introduced a bill which would protect babies who can feel pain. You and I all know what it’s like for a child to feel pain. We’ve seen it, and we felt it ourselves when we were children. When we know that a child is being subjected to excruciating pain and we can safely stop it, we should.

Dr. Anthony Levitano, an OB-GYN who performed over 1200 abortions, said in testimony before Congress of the D&E abortion procedure most commonly used on unborn children this age, “If you think that doesn’t hurt, if you believe that isn’t an agony for this child, please think again.”

Limiting late term abortion, without doubt, is 100% constitutional. Supreme Court Justice Kennedy wrote of the same abortion procedure, “No one would dispute that, for many, D&E is a procedure itself laden with the power to devalue human life... the fetus, in many cases, dies just as a human adult or child would: It bleeds to death as it is torn limb from limb.”

This past week, two videos surfaced in which investigators posing as fetal-tissue-company executives talk with Planned Parenthood executives about abortion procedures that preserve coveted body parts for sale to medical research companies. 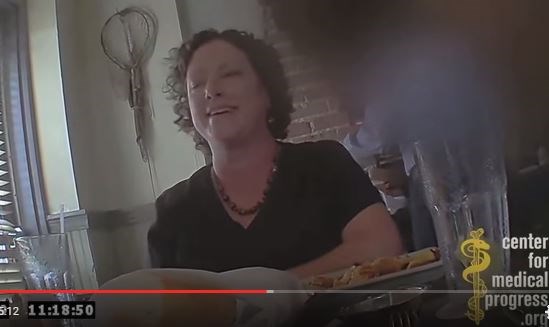 The pretense that Planned Parenthood is driven to perform late-term abortions out of compassion for mothers is exposed in these videos as fraud; their true motive is generating cash. Evident from the conversation in these videos is that the procedures used by abortionists are not chosen to reduce the pain and suffering of an unborn baby and mother, it’s to get heart, lung, liver, and brains in salable condition.

Planned Parenthood lobbies fiercely against ultrasound and calls it torture to make a woman view an ultrasound image of a child before an abortion, but has no problem employing abortion methods that are “less crunchy” quoting President of PPFA Medical Directors’ Council Mary Gatter, for the sake of preserving and harvesting intact body parts from babies who can feel pain.

If you’ve watched these recently disclosed undercover videos of Planned Parenthood executives nonchalantly describe “crushing” a living child, while she makes conversation over a glass of wine and giggles, you now have some insight into the true nature of Planned Parenthood. It doesn’t reflect the values of our society, and it shouldn’t be supported at taxpayer expense, to say the least.

Ordinary Americans are repulsed by the realization that Planned Parenthood is fulfilling its goal of population control and doing it in a way that tortures viable human beings before they are dissected and sold. Meanwhile, Planned Parenthood enjoys the $528 million it took in from taxpayers in 2013-2014. That’s right - you and I are sending our hard-earned dollars to support these abortion mills.

The protection of pain-capable unborn children has the support of a majority of Americans because compassion for fellow human beings transcends party lines.

Let’s call what we hear about in these videos what it really is- brutality. And let’s work together to stop it.