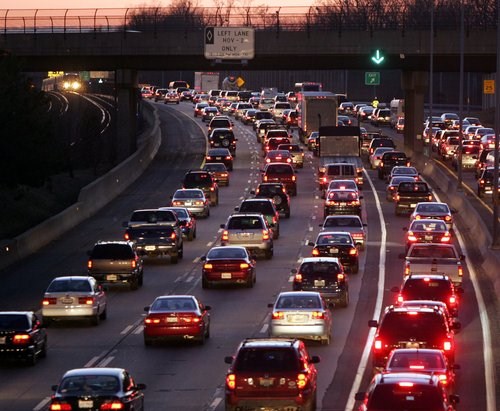 
The PROBLEM- Northern Virginia has some of the worst congestion in America. Interstate 81, Rt. 7, and other roads in the Valley are also too congested. We spend billions yet the results are unacceptable. Why?


The POLITICS- are driving the system, causing funds to be wasted instead of being spent wisely. For years, too many of our transportation dollars went to pet projects which had little impact on traffic in our area.

The PRIORITIES- Common sense, not politics, should inform and guide important spending decisions. Data and information, not ideology, should guide funding priorities, yet sometimes funding has been given to transit projects with little or no benefit.

Revenue isn’t the problem, spending is.

The PEOPLE want results, NOT higher taxes. Our money must go to reducing traffic, improving schools, fixing roads, and to public safety, NOT buying votes.

The PROGRESS- For years, Dave and has been demanding Virginia’s transportation funds be spent where they are needed to relieve congestion. Dave LaRock led efforts to protect Loudoun taxpayers and toll payers in the Metro extension financial plan.

Results- Due to Dave and his citizen watchdog allies’ accountability efforts on Dulles Rail, Loudoun formed tax districts that shifted the tax burden from residents to station-area developers. The Airports Authority knew they were being watched, shaved $300-$400 million off the contract estimate for Phase 2, and dropped the controversial union-favoring project labor agreement.

Results- In mid-2013, Speaker of the Virginia House Bill Howell announced his support for prioritizing state transportation funding based on congestion relief and safety (NOT POLITICS). This effort became the 2014 session's House Bill 2, with Del. LaRock as a Co-Patron, and is now law, requiring cost-benefit analysis and comparison of projects. This legislation also required that congestion relief be prioritized in Northern Virginia.

Results- In May 2015, the HB2 draft rating factors and criteria were disclosed, and congestion relief was assigned only 35% of the weighting in Northern Virginia, even though the HB2 legislative intent was clearly that congestion mitigation was supposed to be the priority. Dave wrote a letter to the Secretary of Transportation and Commonwealth Transportation Board, gathered support from other legislative leaders, and in June 2015 the final congestion factor was increased by 10%, to 45%. Dave will continue to watch the scoring and ranking of specific projects, and if the best congestion projects do not come out on top for funding, he will work with other legislators to make necessary changes.

Results- In 2017, Del. LaRock succeeded in passing HJ 693, a Constitutional Amendment Resolution to guard transportation funding. This "lockbox" will require the General Assembly to maintain permanent and separate transportation funds, and prohibits raiding of dedicated transportation funds unless overridden in an emergency with a two-thirds plus one vote of the legislature. Passing this resolution is the first step in a three-step Virginia Constitutional amendment process. An amendment must pass the legislature twice, before being submitted for approval by a simple majority of voters in a statewide referendum. The lockbox resolution was killed in the Senate Finance Committee in 2018, and by a House Committee in 2019, so the process will have to begin again in 2021-2022.

Results- In 2019, Del. LaRock sounded the alarm when the Northam Administration decided to send most of Northern Virginia's SMART SCALE state transportation funding to transit projects related to the Amazon HQ2, instead of funding critically-needed congestion relief projects. Chairman Tim Hugo called an April 15 meeting of the Joint Commission for Transportation Accountability, where Del. LaRock presented his concerns. In response, the Northam administration recommended additional projects for funding around the state, including two more highway projects in Northern Virginia, but the legislative intent was still being violated, so LaRock and other Republican Leaders sent a letter to the CTB insisting that changes be made. Del. LaRock is continuing to meet with organizations to gain support for significant reforms to SMART SCALE, tolling and more; see presentation here.

The PROMISE- “I will continue pushing hard for performance-driven spending reform in transportation and government in general because people want results, not politics”. Dave LaRock 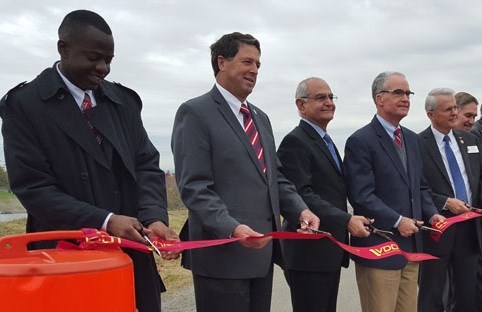 Click here for more information on my Toll Relief efforts